Father Kentenich paid only one visit to South Africa which proved to be a time of rich blessing for the whole Schoenstatt Movement and until today, a source of great inspiration. The seed Fr. Kentenich he sowed has born rich fruit in most unexpected ways.

On 29 December 1947, Father Kentenich flew from Geneva, Switzerland to South Africa and arrived in Johannesburg on 31 December. His visit was shortly after World War II when travelling was difficult. After his arrival he said: “I really should not be here. If Our Lady had not intervened, I would not be here. She has cared perfectly!”

This was the basic message that Father Kentenich brought to South Africa. Time and again he spoke of the loving Providence of God and the care of his Blessed Mother. Wherever he went he spoke about his experiences in the Dachau concentration camp where he had been a prisoner for three years. How enthusiastically he spoke of how, in time of great need, Our Lady took perfect care of him. He encouraged his listeners and all of us to entrust ourselves to Mary who will, in turn, take perfect care of us.

During his stay he travelled extensively through South Africa, visiting the Schoenstatt Sisters and the Movement which was slowly beginning to grow. A great characteristic of Father Kentenich was his understanding of the signs of the time. He observed the needs of the people and searched for an answer to help many to find their way to God. His advice to the people of South Africa, indeed the whole of the African Continent, was to foster a deep living relationship with Mary by entering into a “Covenant of Love” with her.

Wherever he went, he emphasised the importance of building Shrines, for the Shrine is the place of the covenant. He said: "I attach great importance to our getting a Shrine here. Love for Our Lady but also love for you and the people urges me to prepare a Shrine for her here, and thus prevail upon her to create a home also for the people here". 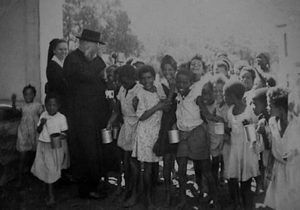 On his last day in Cathcart after the Sunday Mass Fr. Kentenich addressed the people in the Mission Church and said: “Now I want to tell you a secret of the Sisters who work so loyally for you here. One may not pass on a secret. Will you promise me not to tell anyone this secret? The Sisters have promised Our Lady that they will build her a Shrine here at Cathcart and ask her to come down here so that she can always be with you and help you in your needs…But she will not do so unless you do your share... You must help by offering your prayers and sacrifices.” He repeated this challenge on a number of occasions. 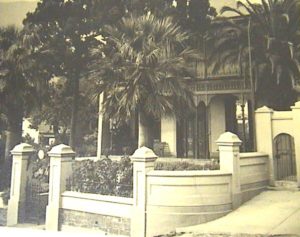 During his visit to Cape Town in February 1948 he was greeted by Bishop Hennemann who was Vicar Apostolic of Cape Town. The Bishop had been behind the initial request for the Sisters of Mary to be sent to Cape Town in South Africa. A group of women in Cape Town still remember to this day their meeting with the founder, which took place on the first evening of his arrival in Cape Town. He addressed these ladies as the founding generation of the Schoenstatt Movement in South Africa and encouraged them to take over the task of educating the people of South Africa and leading them to Mary and her Son. Father Kentenich also spent time visiting parishes, giving talks to the Sisters and meeting individual people. It is possible today to visit a room where he received visitors. Those who met Father Kentenich were gripped by his deep love for Our Lady and his belief that our greatest security comes from God. He said: "If we seek the kingdom of God, everything else will be given to us".

Towards the end of his stay, Father Kentenich blessed several stones as foundation for the Shrines which the Sisters promised to build. Five shrines have been built in South Africa, two in Burundi and one in Scotland.