Fish and chips at Kalkys

Capetonians love fish and chips! Fish and chips at Kalkys – what a great idea for a fundraiser! The Schoenstatt Centre at Constantia consists of various buildings one of is which is a Farmhouse. This is an old Dutch-style building which is situated opposite the Shrine. Members of the Schoenstatt Movement and pilgrims use the farmhouse mainly for activities such as group meetings, fun days for children and getting together after solemn celebrations. Furthermore, there are also ‘facilities’ for the numerous people who visit Schoenstatt.  Truly it is an important building for many! 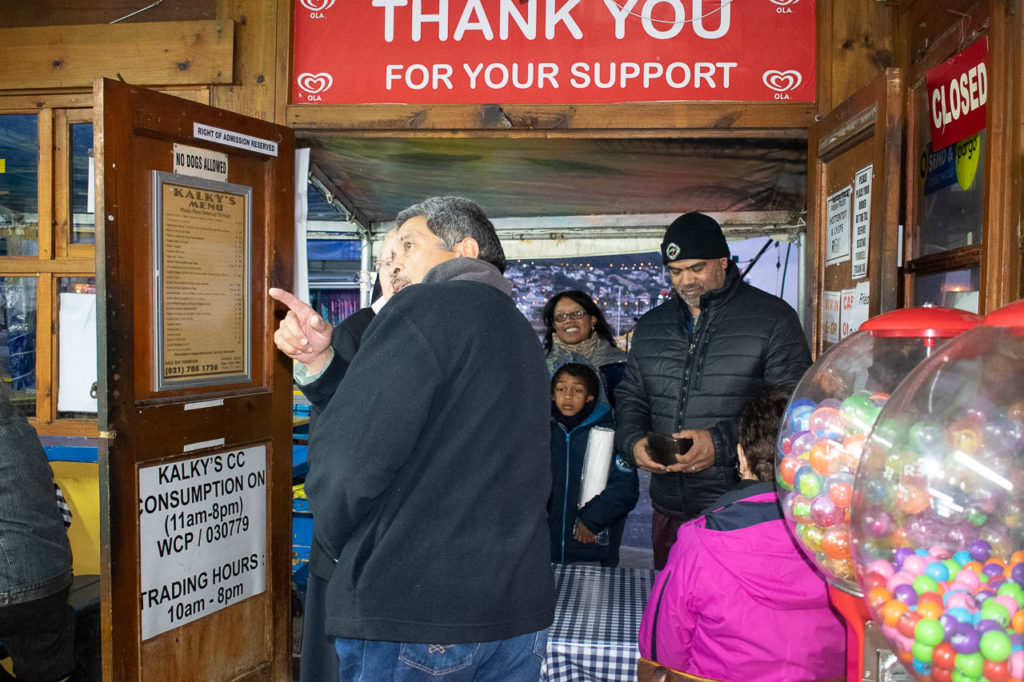 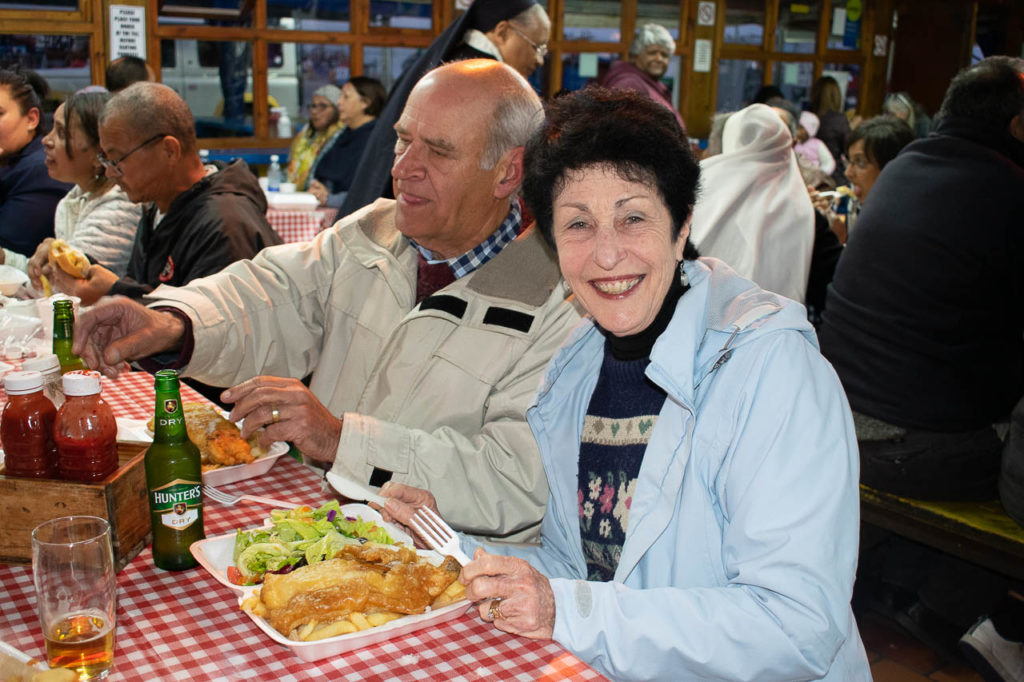 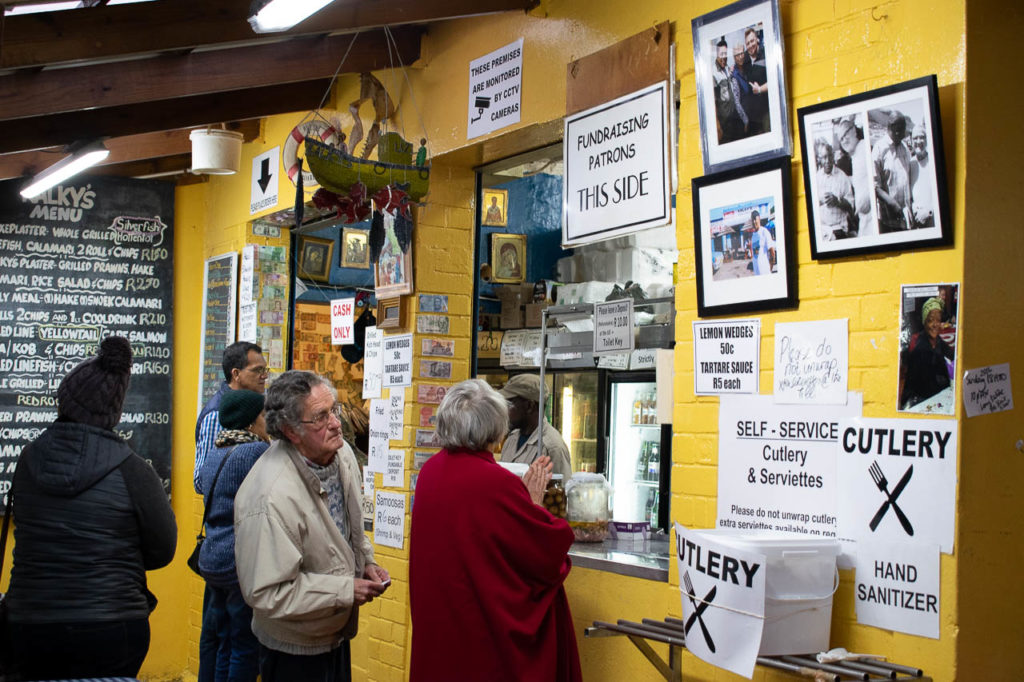 Sadly, the once beautiful thatch roof of the Farmhouse is in desperate need of renewal. The squirrels which are also ‘at home in Schoenstatt decided they would occupy the roof. Consequently, they built dwellings for themselves in the comfortable, warm thatch! However, their efforts to make a home have damaged the roof! Equally important though is the fact that the roof is quite old – no one is too sure when it was last totally renovated. Hence the squirrels are not 100% to blame! 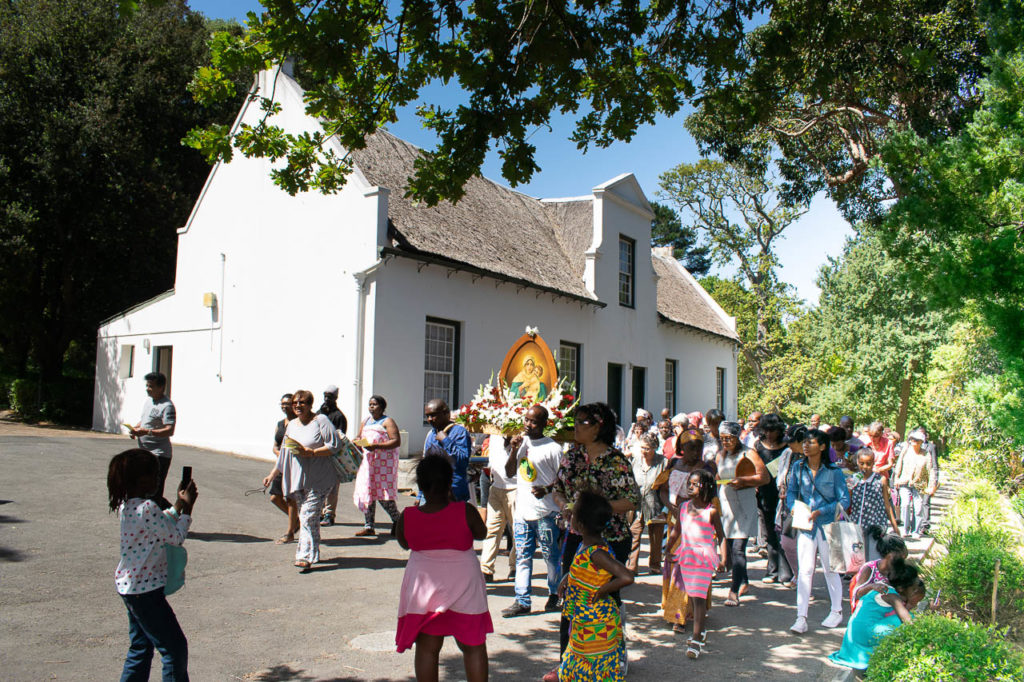 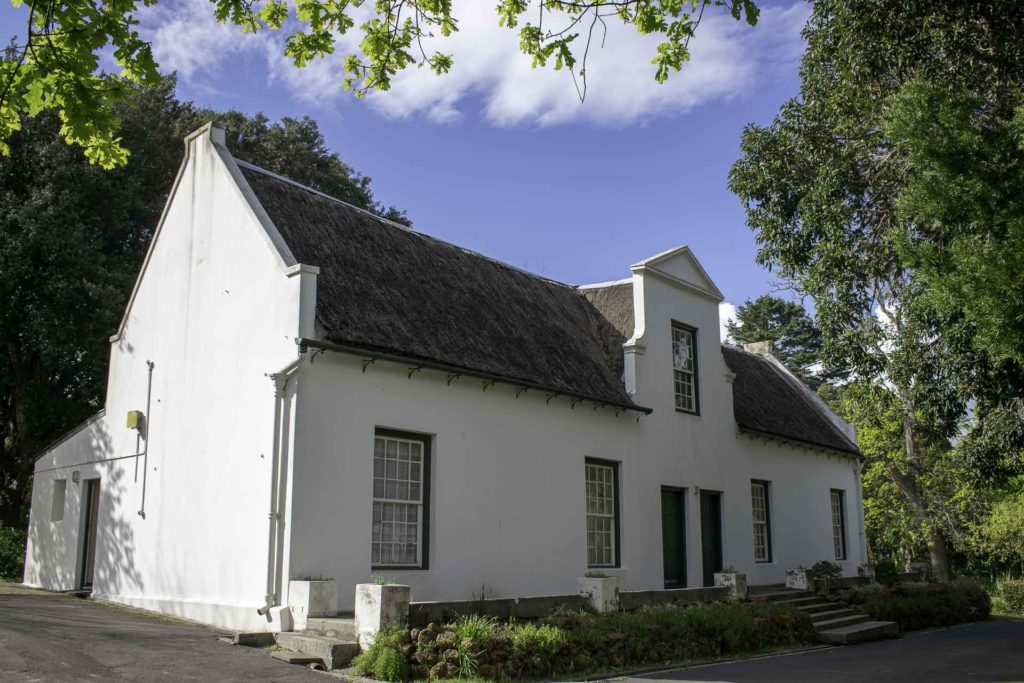 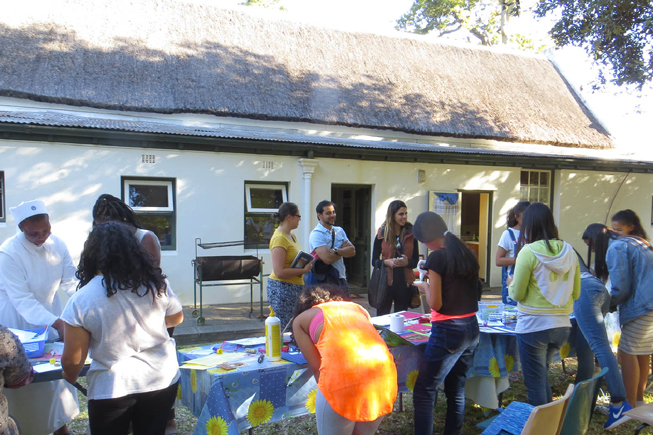 Over a year ago we had some fund-raising events to build up funds for the roof. One of the evening events in the hall of the Training Centre was entitled: “Schoenstatt’s got Talent”. It was a great success. People have donated generously to the “Roof Fund” but we are still far off the target.  After the Winter rains, the roof looks markedly worse. The need was and is urgent! As a result, the Schoenstatt Family League rose to the occasion and organized a fundraiser evening at Kalkys in Kalk Bay. 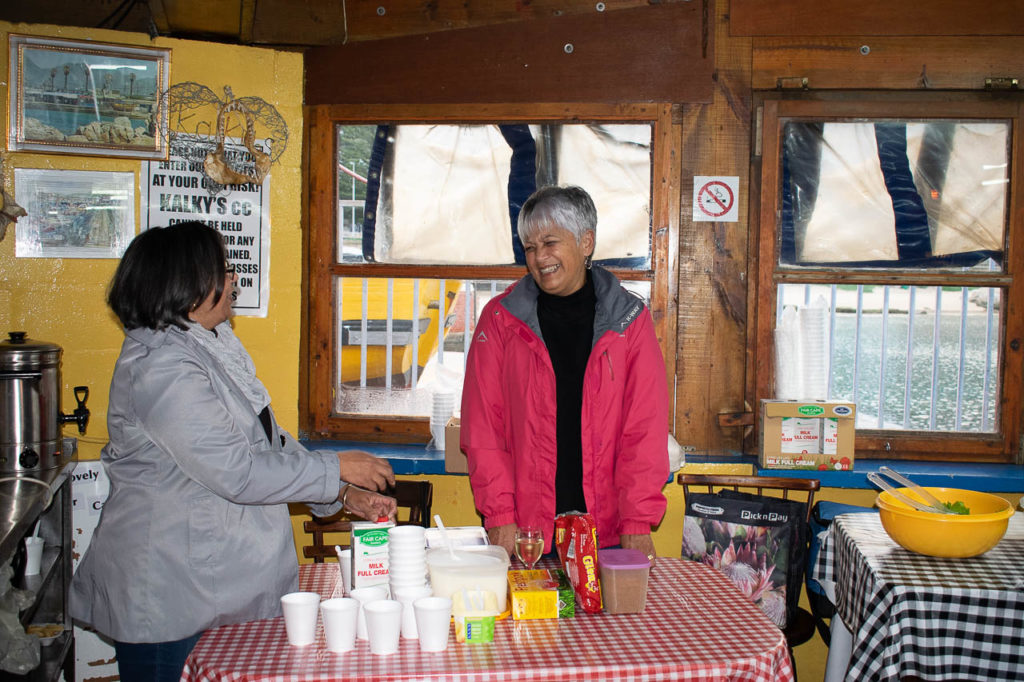 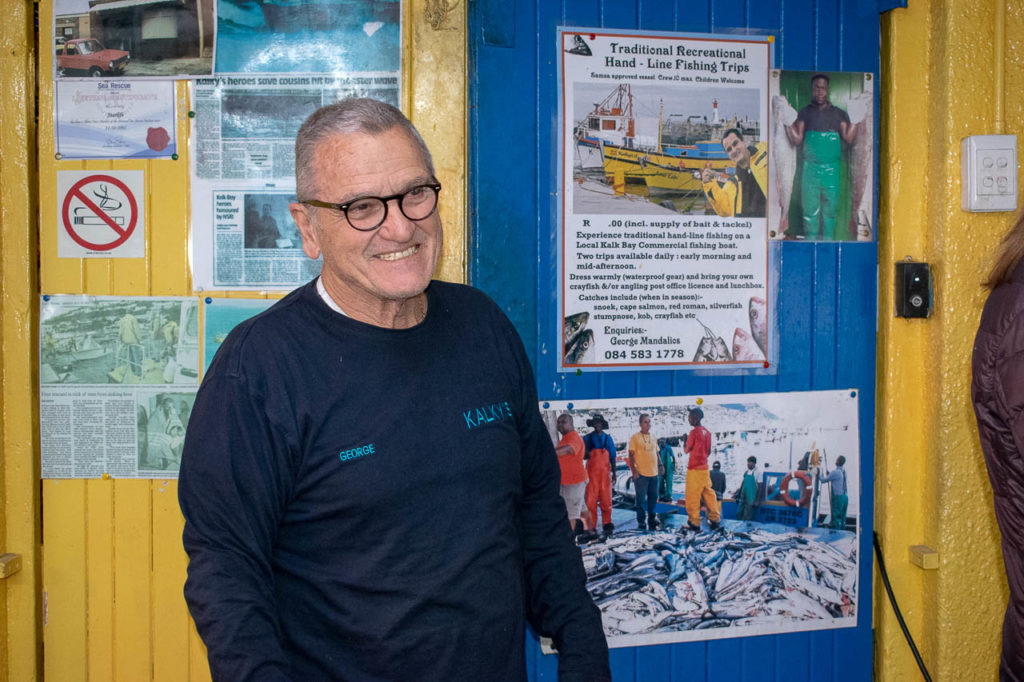 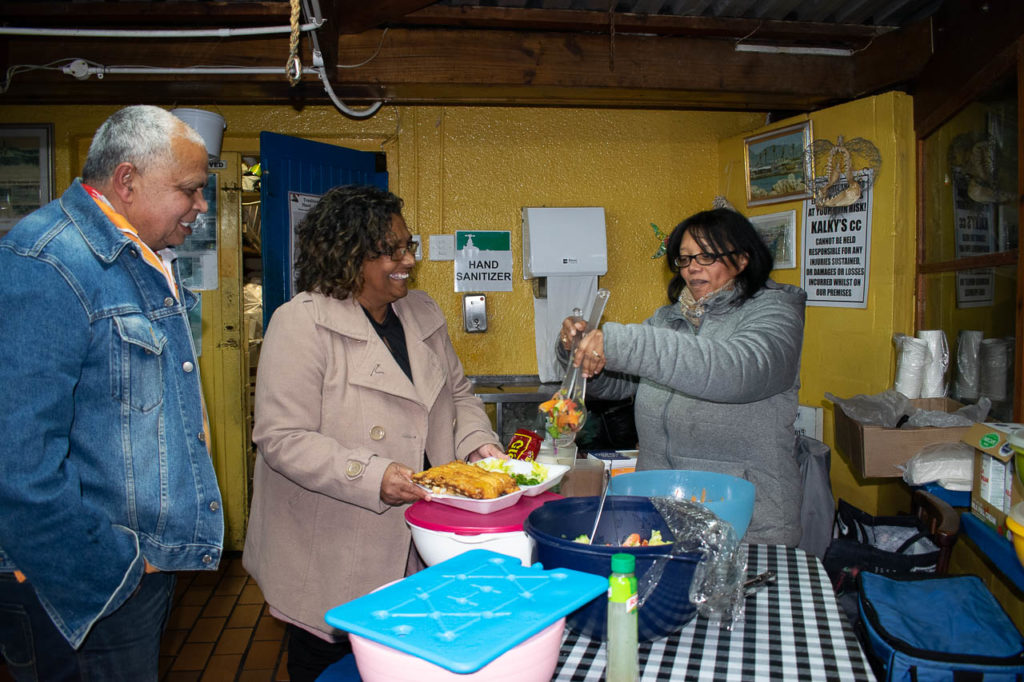 What better way to end a working week than to enjoy an evening at Kalkys! Everyone received a generous helping of Fish and Chips for R70. A huge ‘thank you’ to George and his staff for being so welcoming and generous! Members of the Family League prepared delicious salads and with a few extra Rands people could purchase hot tea and coffee. As a sweet treat ‘koeksusters’ were also on sale! Besides being a fund-raiser it was, noticeably, an enjoyable evening with each other. While feasting on their delicious meal, many shared uplifting stories; there was lots of laughter and some brave ones even decided to walk along the pier, possibly looking for the next catch! 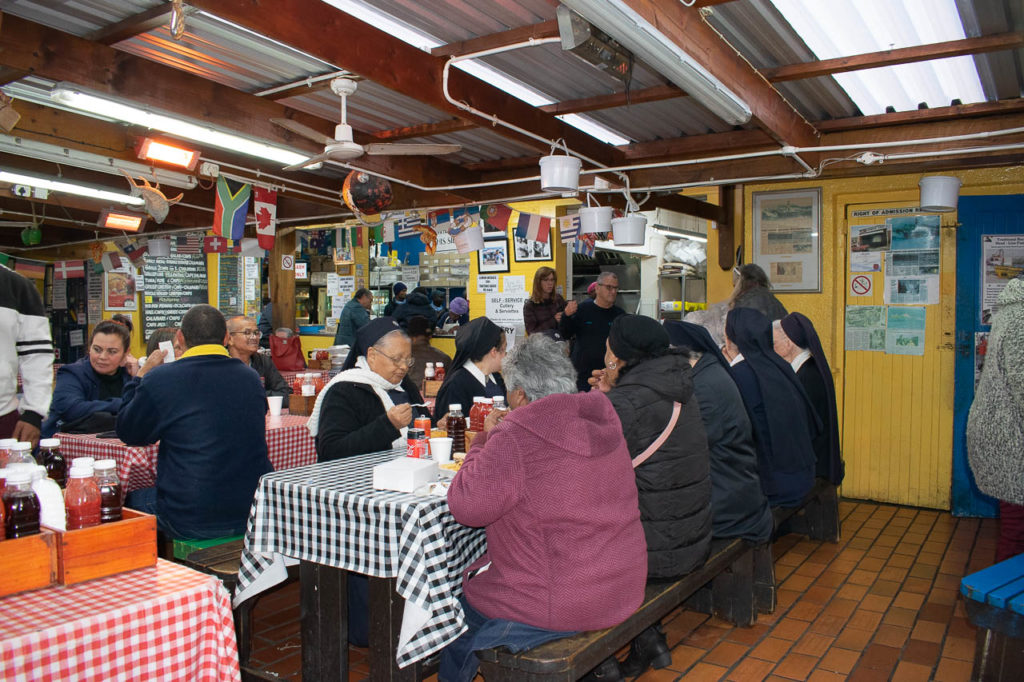 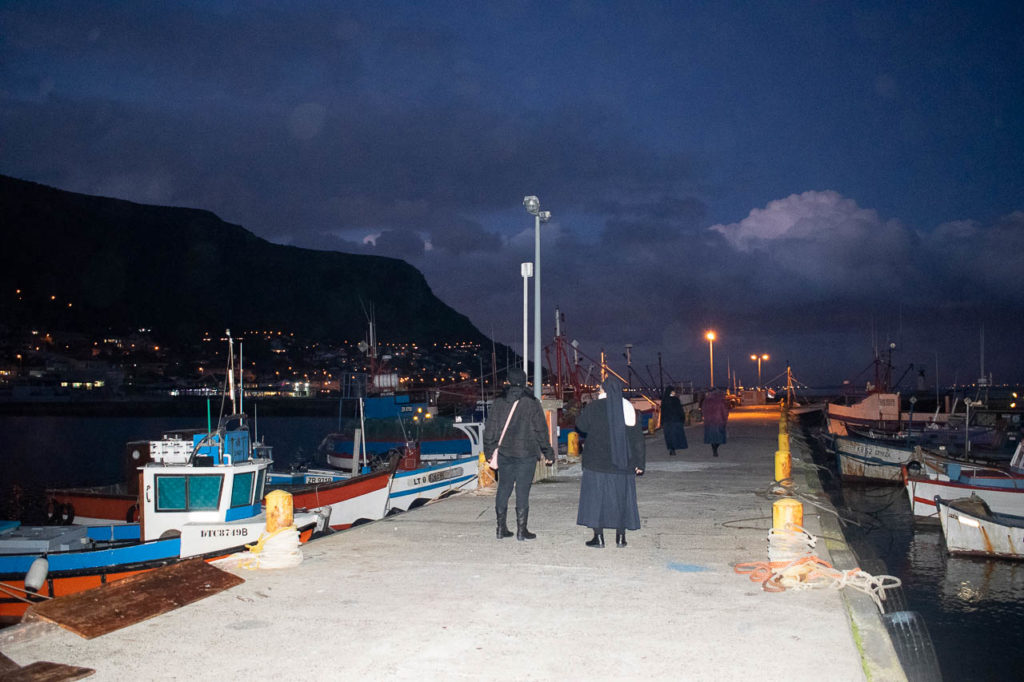 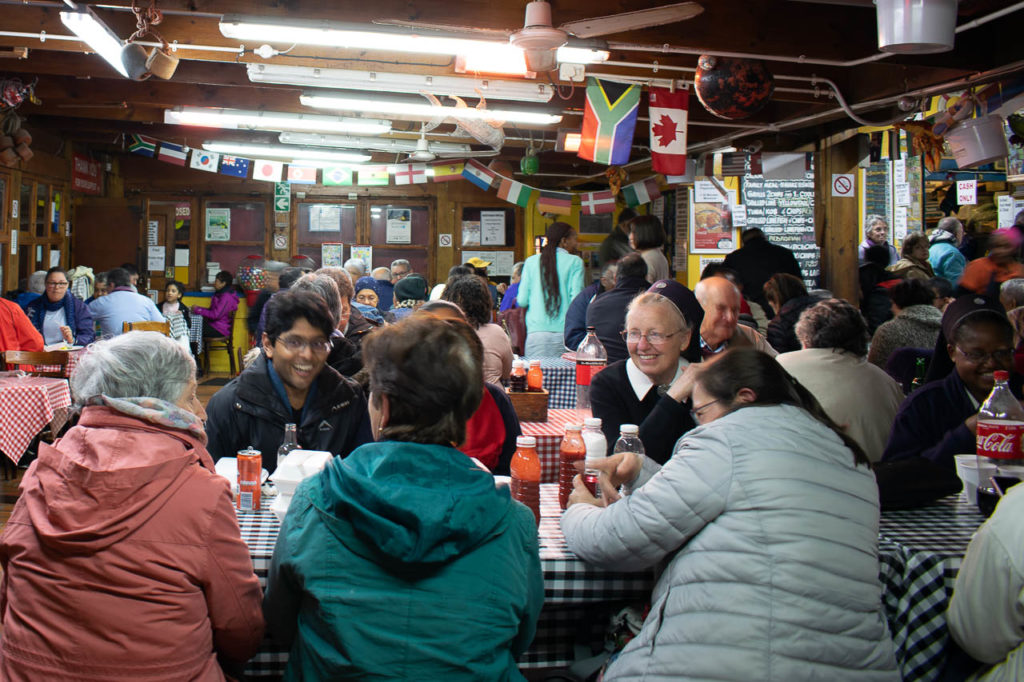 During the evening we realized that for a number of people, the drive to Kalkys proved to be difficult.  However, the Capetonians love for fish and chips and of course the Farmhouse did not deter them. There had been a suspected bomb blast on the Steenberg road and an accident leading into Kalk Bay The bomb squad had been called to search for any other possible devices. Consequently, many roads were closed and what should have been a thirty-minute drive, turned out for some to be over two hours! Most importantly those who ‘survived’ the journey arrived safely and were more-than-ready to eat the delicious fare. Despite the odds, one hundred and ten people spent the evening together at Kalkys. A very special ‘Thank you’ to the members of the Family League for their lovely, family-like “fishy-chippy” evening. 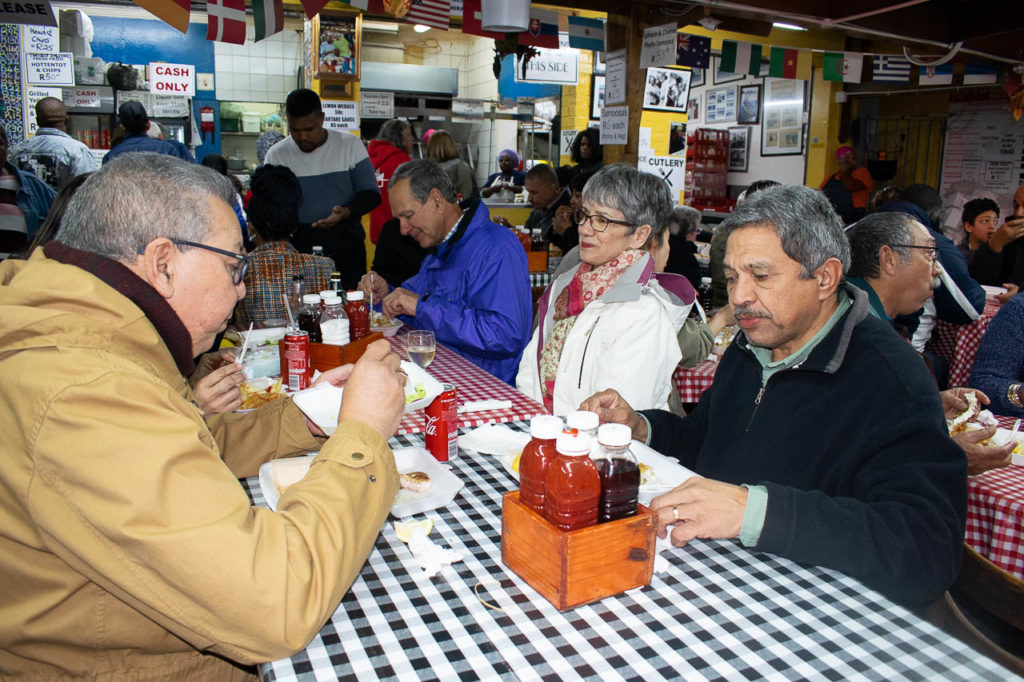 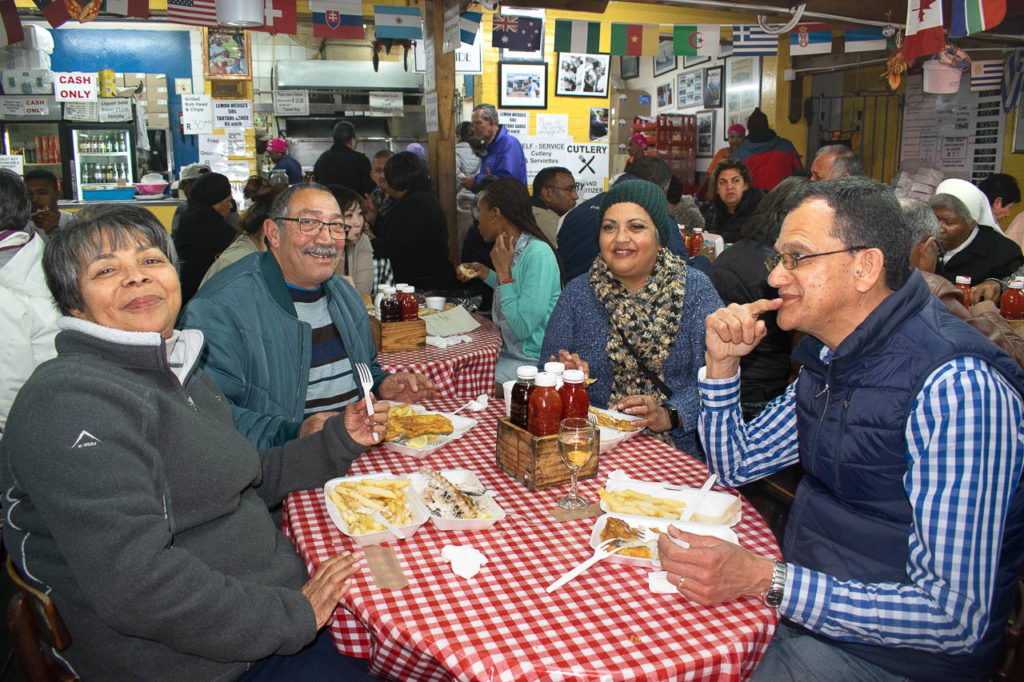 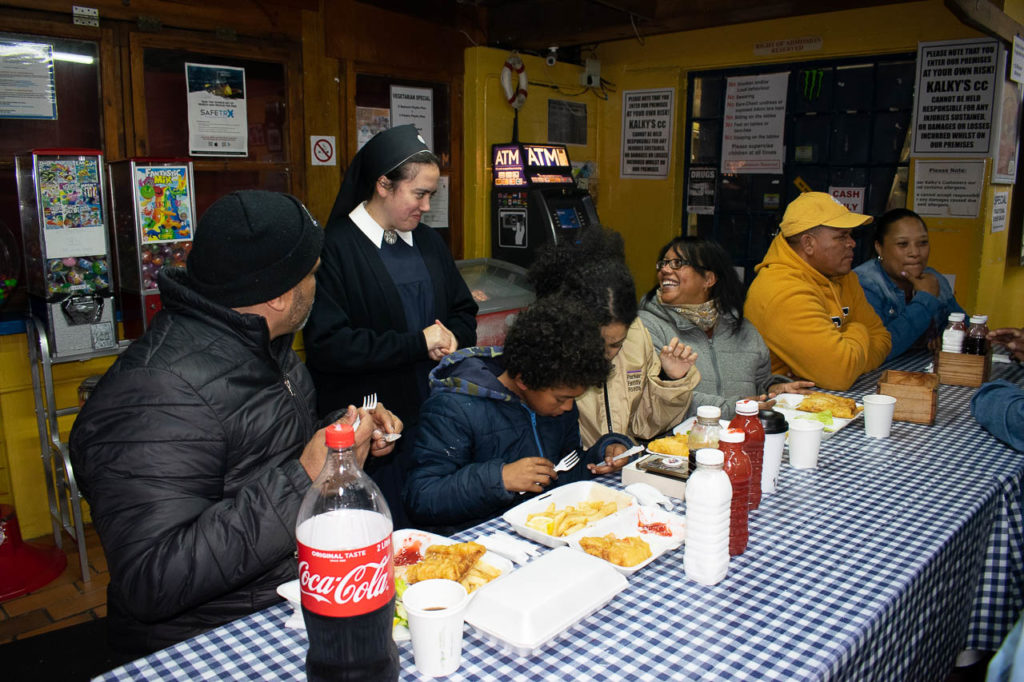 Fund-raising efforts must continue! If you have any ideas or wish to contribute to the Farmhouse Roof Fund, please contact us. We are grateful for any donation! For those who are not familiar with Schoenstatt, the name is a German word meaning a beautiful place. We will continue our efforts to raise the amount needed to keep Schoenstatt, a place of prayer and pilgrimage, a “beautiful” place. It is a place where many come to have a few moments of “time out” from their busy and demanding lives; a place where countless people have found God in their lives and have gained new strength and help to face the challenges of daily life. 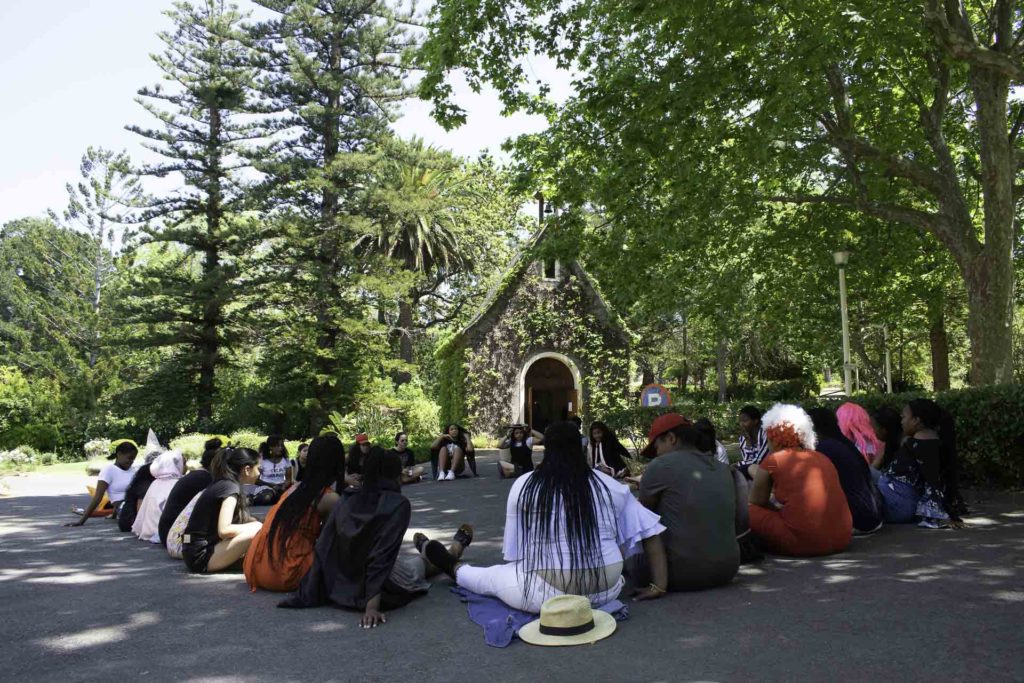 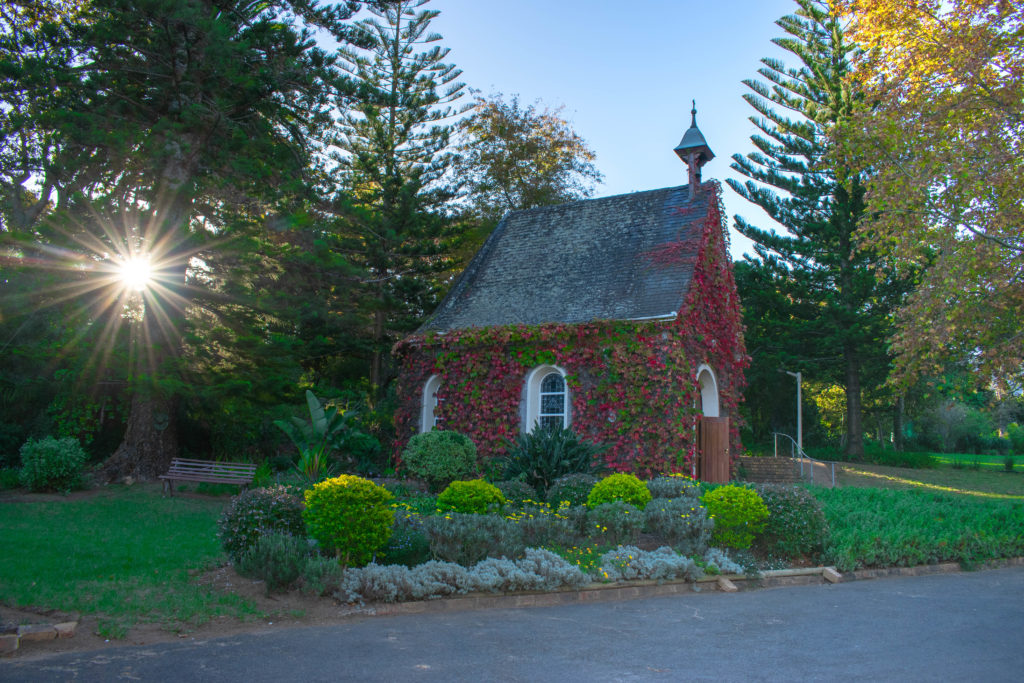 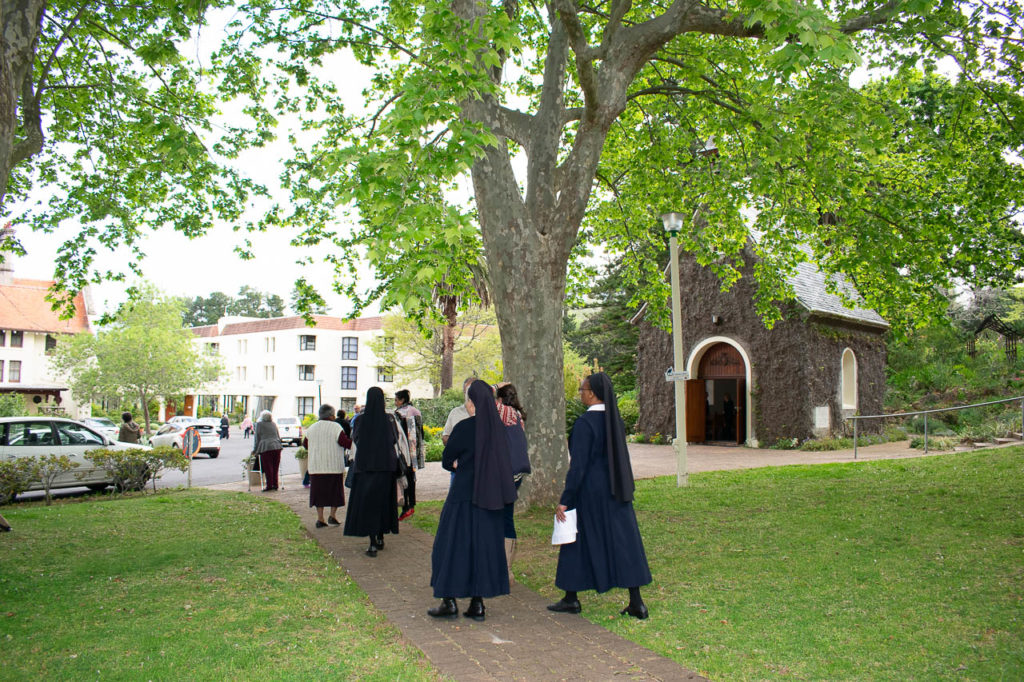 Donations can be sent to:

Please indicate that your donation is for the Farmhouse Roof fund