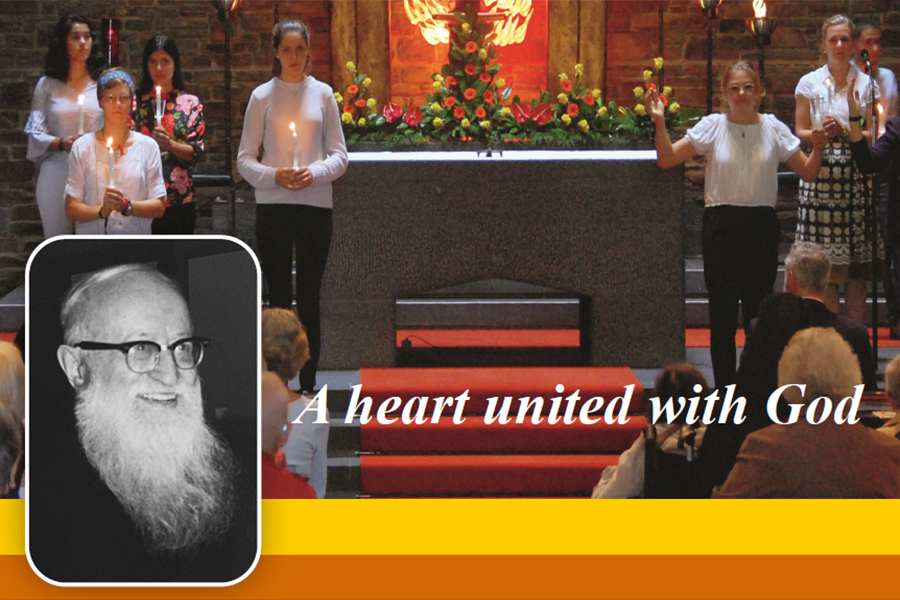 A Heart United with God

This remembrance day was commemorated in Schoenstatt and in many places in the wide world prior to, on, and after September 15, 2018. Through the many initiatives in the Kentenich Year the celebrations were well prepared. Everywhere, the Schoenstatt Movement experienced being newly united in and with its founder and once again pledged to serve his God-given charisma.

On November 13, 2018, the postulator for the beatification and canonization process, Father Eduardo Aguirre, extended an invitation to a memorial service in Rome. Ambassadors and authorities from the Vatican, representatives of other ecclesiastical movements as well as the Roman Schoenstatt Family attended. The celebration took place at Santa Maria dell ‘Anima, the church of the German community in Rome. Cardinal Kevin Farell, Prefect of the Dicastery for Laity, Families, and Life, was the main celebrant at the liturgical service. Twenty priests con-celebrated Holy Mass with him. A reception took place afterward in a hall of the parishioners.