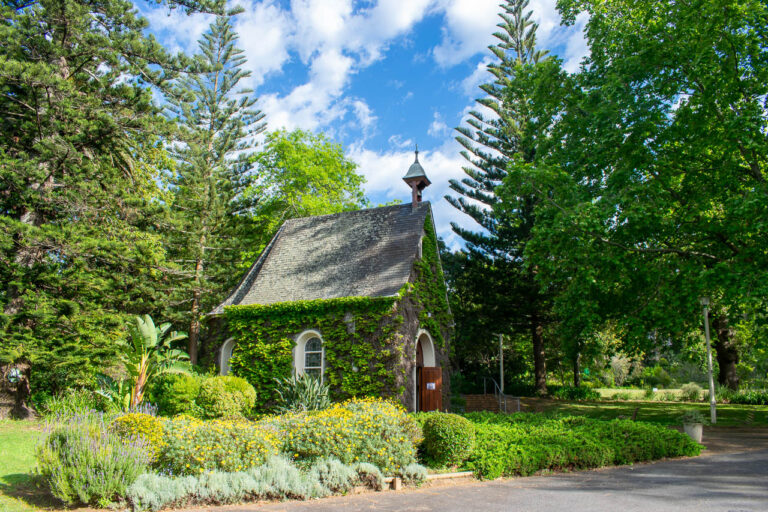 A pilgrimage is a journey that touches the heart and soul. A group of eight Pilgrims from East London recently experienced this as they undertook a pilgrimage to Schoenstatt in Cape Town. This is not the first-time these pilgrims have travelled the long distance to the Shrine in Constantia, but they were prevented from doing so over the past two years, because of Covid. They left home on Saturday, 1st October and, after an overnight stay in Knysna and fourteen hours of driving, they arrived at Schoenstatt, Constantia on Sunday evening.

Their first day was spent in and around the shrine, the destination of their pilgrimage! With grateful hearts they prayed and also brought many petitions, thanksgiving and joys to Our Lord and His Blessed Mother into whose safe hands they confidently placed their concerns. The rest of the day was spent relaxing in the beautiful grounds which surround the Shrine.

On the following day the group drove to another Schoenstatt Shrine in Cape Town at our Maryland Centre.  Maryland is situated in Hanover Park, a suburb of Cape Town, and serves many poor and vulnerable people of this area and beyond. Special prayers were offered in the Shrine for all those who are suffering and struggling. The pilgrims thoroughly enjoyed the hospitality of the Sisters who made them feel most welcome. 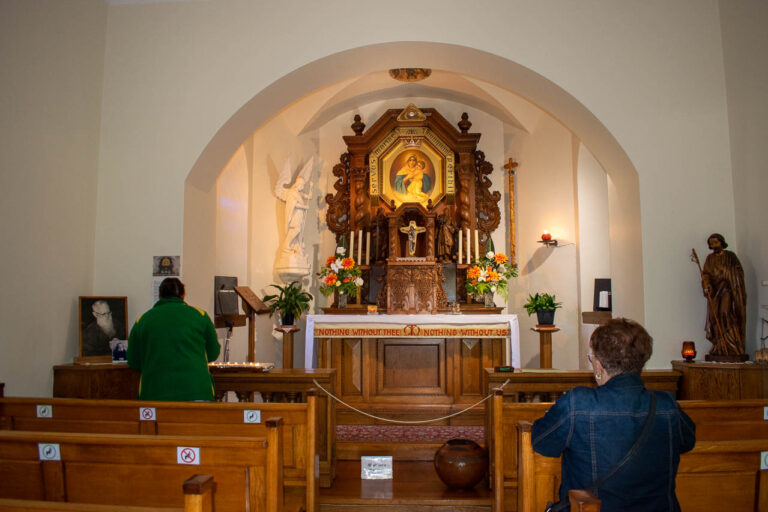 On Wednesday, the 4th October, the group stayed in Constantia. Two of the pilgrims expressed the longing to make the covenant of love in the Shrine and thus they were prepared for this special moment by Sr. M. Connie.  On Thursday, the entire group led by Sr. M. Connie spent a morning reflected on the meaning of the covenant of love for their lives.  That afternoon in the presence of the Blessed Sacrament and our Mother Thrice Admirable Ruth Gonslin and Beverly King entered into a covenant. Thereafter the rest of the group renewed their covenant.  There were tears of joy after this consecration. A regular visitor to the Shrine decided to be part of this solemn event and was so moved by what she saw and heard that she asked if she too could be prepared for a covenant with Our Lady!

On Thursday, 8th October, the pilgrims went to the Shrine at Villa Maria, our so-called “City Shrine”.  It was blessed seventy years ago on 18th October 1952, making it the second Schoenstatt Shrine in Africa and the twelfth in the world. Today there are 207 Shrines in total, spread across every continent. Sr. M. Glynis gave the pilgrims an insight into the history of this Shrine which was built by the Sisters and members of the Movement four years after Father Kentenich visited Villa Maria in 1948. He had encouraged them to do so. It was a daring step at the time, but as with all our Shrines, it has become a spiritual home and place of transformation for many.

Strengthened for a new beginningg

After renewing their covenant of love with our Mother Thrice Admirable, the pilgrims then visited the “Father room” which Fr Kentenich occupied during his stay at Villa Maria. There, too, they left their prayers of thanksgiving and petition. Refreshed by some refreshments, the pilgrims set out for the Catholic Bookshop which is close to St Mary’s Cathedral. Thus they could attend Holy Mass at the Cathedral. They returned to Villa Maria and enjoyed a tasty lunch, then drove back to Constantia, their ‘home base’ in Cape Town.

On Friday evening, the pilgrims joined members of the Schoenstatt Movement at the opening Mass for the annual October Weekend in Constantia. For them this was a highlight! As one pilgrim commented: “It brought the whole pilgrimage together”. They were inspired by Fr.Michael Hagan’s  homily and enjoyed meeting members of the Cape Town Movement at the social gathering afterwards. Sadly, they had to set off for East London the following morning. Some would have loved to stay another week but, at the same time, they were eager to get home and bring new inspiration and energy back into their families and parish communities. 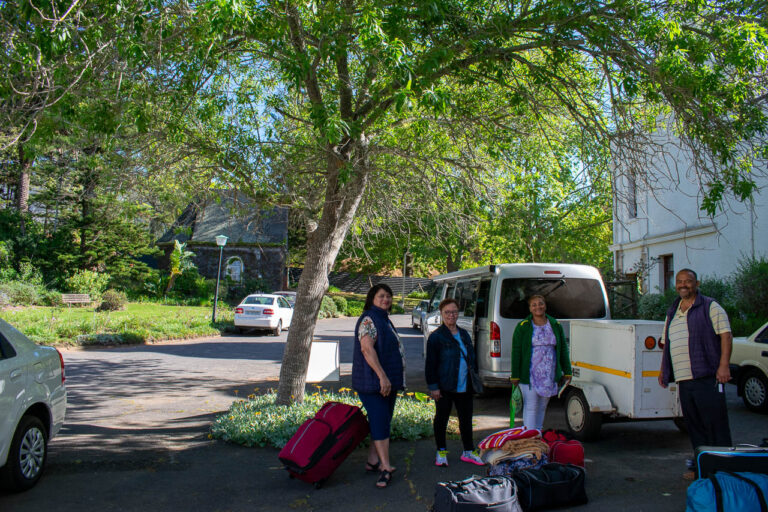